Created 20-Sep-11
Modified 10-Aug-21
Visitors 496
12 photos
One of the interesting things about living in upstate New York is that one has ready access to the 19th century. Communities, villages, pastures and landscapes abound which are representative of the ideas and ideals of that time period. In fact, many places seem to have slept right through the 20th century, and are on very shaky ground when it comes to the 21st. And so it is only a short drive, or a short hike, to step back into a historical moment when this part of the country was flush with capital and enterprise. I won't argue that South Otselic, of all places, qualifies as an ideal place which would attract the seeking pilgrim of 19th century values and achievements, but it is most certainly one of the most serene and well preserved (by American standards) time capsules I have come across over the past years. These images were made during my third visit to the village. The first time, I remember it very clearly, was a couple of years ago, when I returned from a lengthy trip up the course of the old Chenango Canal. It was evening, but not quite dark, and as I entered the village, the space emitted a calmness which caused me to stop my car in the middle of the main intersection, pull over, and just stand there below the Cox Block (dated 1890), taking it all in. There is no red light, nothing to interrupt or disaggregate the space which is formed by the merging of rte 26 and county road 13. The surrounding structures are ecclectic, yet aged in the same fashion. They lean into each other, and the conversations of their childhood have long given way to fading memories of commerce and toil and extraction. The demographics have shifted over time of course, too, the village has lost almost 40% of its former population (it is said to have peaked at 1700), and I am not sure if this remote part of Chenango county will acquaint itself with the notion of growth again any time soon. In that it is not unlike most rural villages in the upstate area. What stands out, however, is the coherence of its old structures (over 60 of them on the Register of National Heritage Sites since 1983); the reputation of once being the "fishing line capital of the world" (as designated by Governor Rockefeller in 1966); and its quiet and peaceful charme. 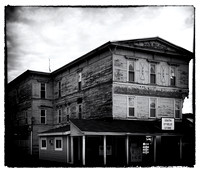 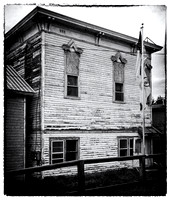 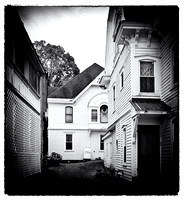 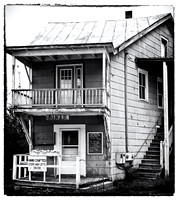 Guestbook for South Otselic (Leica M9)
Mary(non-registered)
I grew up in South Otselic. I couldn't wait to escape this podunk town as a teenager. But as an adult, I've spent many years reminiscing about our pleasant, simple life there. Many of the old homes and buildings have fallen into disrepair and it looks a little sadder and more tired every time I've gone back. I enjoyed your photos.
john riley(non-registered)
i am reading a book and the town serendipity has bee mentioned a lot of times also lake evergreen and red rock mountain. the name of the book is more than words can say. i live in endicott ny. i don<t know if this is the right town or not. any help on any of the locations would be appreciated, thanks
The guestbook is empty.
Loading...
Powered by ZENFOLIO User Agreement
Cancel
Continue