Created 21-Jul-06
Modified 22-Jul-06
26 photos
This is a small series of propagandistic photographs from the late 1950s which I bought in Beijing in 2005. They depict one of the most famous (if notorious) didactic institutions of communist China: the Dayi Landlord Museum in Sichuan Province. Basically, this is a landlord's mansion which was turned into a museum after 1949 to demonstrate - in rather graphic form - the practices of exploitation of peasants by the "feudal" class. Consequently, much space is given to torturing devices, and to life-size recreations of scenes of peasants being tortured for (I can only guess) not complying with the mode of production and/or extraction of grain and other commodities as practiced by said (evil) landlord.

However, what is of real interest is for example
- the photograph of the grain containers which juxtaposes imperial taxes (huang 皇) against local taxes (zu 租);
- the bycicle chain driven threshing machine;
- the paper money plates, indicating that this landlord was in fact wealthy enough to issue his own bills.

The museum is still open to the public today, albeit with a different name and a slightly different didactic message. 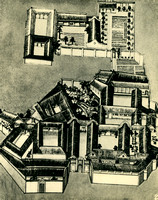 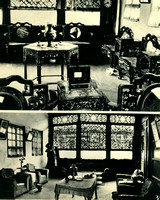 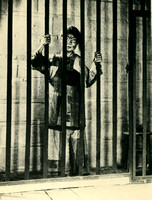