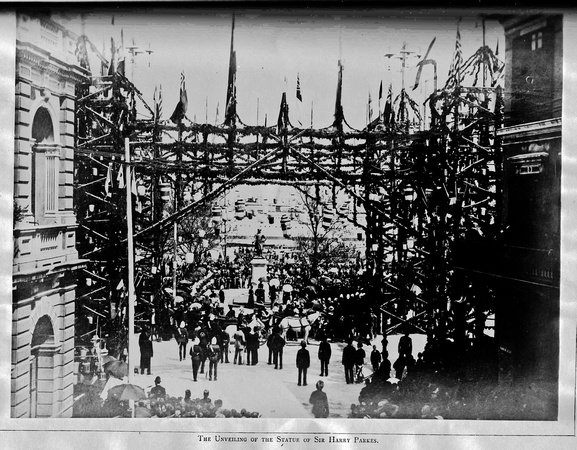 The unveiling of the statue of Sir Harry Parkes

Sir Harry Parkes, of course, was the negotiator of an intended truce with the Imperial Court in Beijing in 1860. Despite his status as a truce-bearing negotiator, he was unceremoniously thrown in prison by the Chinese and held captive for some days. The Duke honored his legacy 30 years later with the unveiling of a statue in Shanghai, expressing "the satisfaction he felt in being allowed to do this act of homage to the distinguished statesman, who had done noble service to his country, and he might say to the world. His indomitable energy and his endurance under the most severe trials, his strong sense of duty in the most difficult circumstances, made him a man who was not only respected by the sovereign and the country he served, but also by all who were brought into communication with him. We cannot forget that it was largely owing to him that Japan has now advanced so greatly in civilisation. We know, too, the great works he did here in China, and how he did everything he could to promote the interests of his countrymen and of those European Powers who wished to be in friendly intercourse with the Celestial Empire."